Maureen studied Communications and Media Studies at Concordia University. She abandoned a brief career as a bassist in the Montreal underground music scene after she received a VideoF 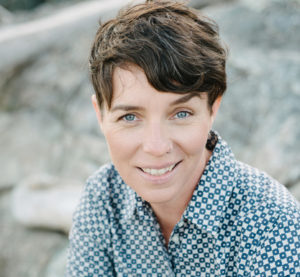 ACT music video production grant. After relocating to Vancouver, Maureen immersed herself in the artist-run-centre scene and returned to school to pursue and MFA in Film Production from UBC. Prior to joining the Writing Department at the University of Victoria in 2004, she was an Assistant Professor of Film Production at the University of Regina. In 2002, she became the first female director to join the Saskatchewan District Council of the Directors Guild of Canada. Maureen is a past the President of the Board of Directors of CineVic Society of Independent Filmmakers, Queer City Cinema, Video In and a previous Pacific Board Member of the Independent Media Arts Alliance of Canada.

A media artist, curator and educator, Maureen has created more than 50 short films and videos, four film installations and two web art projects. Her award winning productions have screened at galleries and festivals around the globe including the Museum of Modern Art in New York. Many of her productions have been broadcast in North America and abroad. Retrospectives of Maureen’s work have screened at festivals in Vancouver, Edmonton, Calgary, Winnipeg and Ottawa. She has garnered Best Film awards from festivals in Chicago, Akron, Philadelphia and Santa Barbara. In 1992, Maureen reached her largest audience of more than 15 million viewers appearing as a writer/director on the CBC TV series Road Movies.